Get fresh music recommendations delivered to your inbox every Friday.
We've updated our Terms of Use. You can review the changes here.

The White Dove and the Peregrine

by Will Good and The Mattes 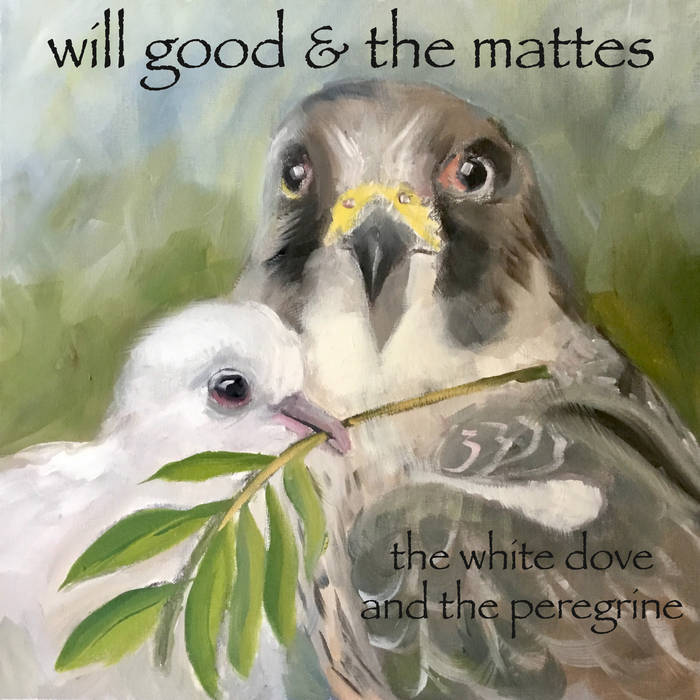 A salutary tale in the folk tradition about the consequences of hubris and hasty alliances.

A white dove flew afar one day
To find a precious olive tree
Its eye was taken by a grove
Where leaves and fruit were plentiful
Turning in the air to seek
The tree that bore the sweetest leaf
It found a bough to perch within
And landed by a peregrine.

Proud falcon, said the dove, I fear
You do intend to kill me here
The peregrine could but agree
That some will die so he can eat
But you must spare me, cried the dove
For man has chosen me to prove
That with an olive branch he can
Make peace between his fellow men

The peregrine stared at the dove
But could make no attempt to move
The dove saw that his fearsome claws
Had sprung a trap, were held by force
The dove feared not the falcon’s eyes
When in man’s favour it could fly
My friend now comes for you, it laughed,
And flew off with its olive branch

Will Good and The Mattes England, UK

Will Good and The Mattes is the public persona of SteveC, a songwriter in the far north of England. The (mostly) guitar-based approach is focused on (mostly) songs on anything from climate change to political rant to personal crisis.